The technological evolution has made everything upgraded even in the computer system; PATA to SATA to PCIe. The rising demand for the storage devices introduced innovates flash storage device that is the SSD or Solid State Drives. Certain data storage devices are important due to their higher data transfer speed. The popularity of SSDs is rising and often replacing Hard Disk Drives (HDD).

In a computer system, the CPU controls the hard drives and optical drives and sends requests for necessary information. It requires a connection to communicate through the interface. Currently, there are two types of hard drive connections available for computer systems based on Advanced Technology Attachment (ATA); one is PATA (Parallel ATA) and the other is SATA (Serial ATA). PCI Express (PCIe) is a form of popular peripheral bus architecture that is required to update devices and comply with enterprise servers, storage devices, cloud computing equipment, etc. Even personal computers, mobile devices, industrially used computing, and automation systems, and IoT and IIoT applications.

Transformation of PATA, SATA, and PCIe

SATA and PATA describe the physical, transport, and command protocols to build an internal connection among the storage devices and host systems. PATA is earlier technology with an electromagnetic interface ensuring integrity but limits the signal period. On the other hand, SATA is a progressive technology that provides speed with efficiency in the smallest convenience. The computer servers, endpoint devices, and data center systems emphasize scalability with the fastest speed that is served in PCIe. 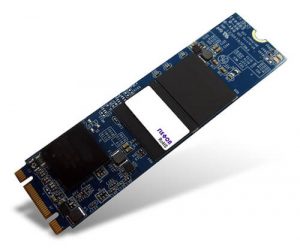 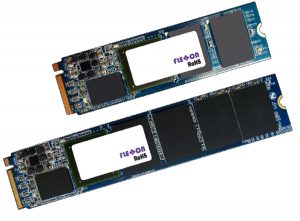 The Evolution from PATA to SATA to PCIe

The evolution of PATA, SATA to PCIe created differences that are quite apparent on interfaces. Here are some major ones:

PATA, SATA, and PCIe are different from each other not just in designing, but in advanced features and functions. With the evolution of innovation, it has become faster, scalable, and flexible to decrease human effort by increasing efficiency in performance. The most updated PCIe has doubled to its standard in each generation that has made things easier to comply with the high-density application devices.

Flexxon is a NAND flash memory manufacturer evolving the latest technology into the devices to comply with industrial and personal usage. It comprises a range of PATA, SATA II, SATA III, and PCIe to mitigate the needs of Cybersecurity, Industrial, Medical, and Automotive (CIMA) applications. All the premium memory devices remove the power blockage increases effectiveness even in the worst possible scenario for SSDs. With Flexxon memory devices, the high-density applications will run smoothly ensuring reliability and endurance to work perfectly for a long time.