Fiscal cash registers employing WORM microSD cards are the foremost security solution to control tax fraud. This Write-Once-Read-only WORM microSD card saves the data permanently and keeps the data unaltered from edit access. The entire sales cash register is made secure using the WORM secure microSD card, which only writes the record once and doesn’t allow tampering with transactions by the host.

Point of Sale (POS) is a system centered on hardware and software which facilitates online or offline retail transactions. Referring to the time and place where a retail transaction occurs, this system allows business organizations to process customer payments. In addition, few systems provide inventory management functionality, among other features, enhancing the system’s potential.

Why are Fiscal laws necessary?

Governments all over the globe enforce fiscal laws to streamline the tax revenue collection system and avoid retailer fraud. Unfortunately, there are numerous ways of executing sales tax manipulation: 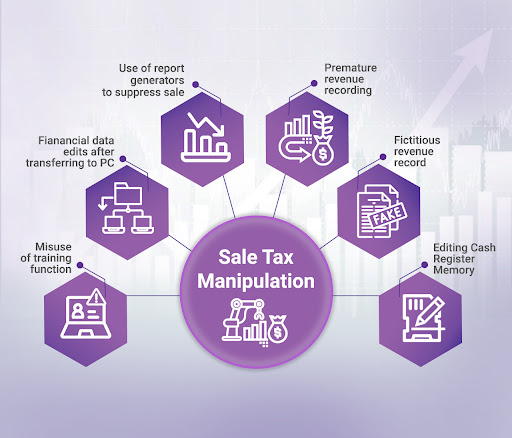 In order to evade the sales tax manipulation, fiscal law necessitates businesses to integrate fiscal security solutions and authorizes only the use of approved fiscal cash registers or devices. It also ensures that VAT transactions are reported and paid in full to the authorities. Fiscalization is deeply rooted in the business processes of returns, discounts, voucher handling, etc. Fiscal laws mostly have a country-specific name, and they cover the following aspects:

The advent of fiscal laws dates back to Italy in 1983; more than 40 countries have introduced these laws since then. Different governments are defining different regulations for fiscal laws implementation in their financial landscape:

I: For example, fiscal law in Portugal specifies that VAT-related data from POS must be sent to the authority regularly to carry out operations in the ERP system of retailers.

II: Romania has fiscal law which forces the usage of the fiscal printer at the POS to secure the VAT-related data, which can be read in case of a fiscal audit.

III: The fiscal transaction data in Austria demands each transaction at POS to be signed and contain the signature of the prior transaction, creating a traceable history that allows the detection of missing or altered transactions.

VI: Germany passed the fiscal law to protect against manipulating essential digital records Kassengesetz, in which every POS must use the government-certified security system (TSE).

VII: In the United States, each state makes its own fiscal laws; such as in California, retail establishments that use point-of-sale (POS) systems must be registered and are routinely tested for pricing accuracy. Users of POS systems in Massachusetts must maintain auditable internal controls to ensure the accuracy and completeness of the transactions recorded in the POS system. This implies that the U.S. has 50 different sets of fiscal policies to supervise sales tax at the POS.

The fiscal law enforcement community needs to maintain safety and security for storing and preserving sales tax data collected at POS terminals. All POS systems employed in different countries have some level of tax evasion risk attached to them. Retailers utilize sales suppression software, called tax zapper, to modify sales reports generated by the point of sale software to reduce taxable income. As per an audit report by Blomberg Tax, the total tax loss reported in California due to tax zappers amounted to $ 30 million.

Most of the POS software installed at the retailers’ end has loopholes that allow them to morph the sales tax records. For example, underreporting income through electronic sales, sales suppression, and over-reporting deductions through false invoicing are common loopholes used by retailers for tax evasion and fraud. In addition, the software of POS machines controls operations of the cash register. As a result, it can become a source for deletion of sales transactions resulting in the loss of billions of tax revenues.

Flexxon WORM memory cards propose a win-win opportunity for better detection of a tax crime, higher tax revenue recovery, and synergies that can make tax compliance easier for businesses and tax administrations. WORM microSD card extends a flexible non-rewritable storage system to store sales tax data fulfilling the requirements of fiscal laws of various countries without the hassle of additional software. Furthermore, the WORM microSD card removes the vulnerabilities of tax manipulation from POS terminals by eliminating the menace of software use.

Fiscal cash registers employing WORM microSD cards are the foremost security solution to control tax fraud. This Write-Once-Read-Many WORM microSD card saves the data permanently and keeps the data unaltered from edit access. The entire sales cash register is made secure using the WORM secure microSD card, which only writes the record once and doesn’t allow tampering with transactions by the host. In addition, the WORM microSD card keeps a log of verifiable tax information at the time of sale. The crucial financial tax record is saved once in the microSD card but can be accessed multiple times per requirement, ensuring the integrity and security of the data.

THE WORM microSD card of Flexxon extends tremendous POS and fiscal law features. It is a non-rewritable, non-alterable, non-erasable fiscal data storage sd card preventing inadvertent or deliberate altering of sales tax records. It is a reliable and fortified file storage solution, and its key features include the following benefits for the POS machines’ resilience:

The WORM microSD card is compliant with the data integrity and storage requirements of fiscal laws, which makes it an attractive option for the POS solutions manufacturers with the stated benefits: